THE POTENTIAL MILITARY CONFLICT BETWEEN THE U.S. AND IRAN 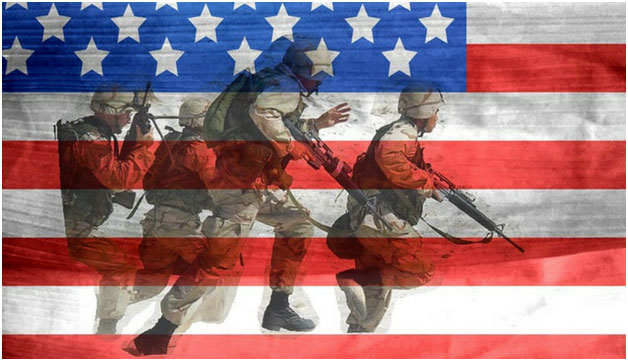 “Delusional” is the word Sen. John McCain used back in 2015 to describe the Obama administration’s framework deal with Iran on its nuclear program.

The Joint Comprehensive Plan of Action (JCPOA) or more commonly known as the Iran nuclear deal was reached in Vienna on July 14, 2015. The International Atomic Energy Agency (IAEA) would monitor Iran’s compliance with the agreement by having regular access to all of Iran’s nuclear facilities. Under the agreement, Iran agreed to a number of conditions including:

In the U.S., however, Republicans lined up against the deal, condemning it. They called it “dangerous, deeply flawed, and short sighted.” And Israel’s Prime Minister Benjamin Netanyahu said, “Israel is not bound by this deal with Iran, because Iran continues to seek our destruction, we will always defend ourselves.”

The European Union described the JCPOA as a “sign of hope for the entire world” and said that it could “open the way to a new chapter in international relations and show that diplomacy, coordination, cooperation can overcome decades of tensions and confrontations.” Russia’s Vladimir Putin reacted with a statement: “We are certain that the world heaved a sigh of relief today.”

Did the JCPOA Prove That Diplomacy Can Work?

Fast-forward to 2017; the U.S. finds itself with a president who repeatedly bashed the agreement from the beginning, calling it an “an embarrassment” and “one of the worst and most one-sided transactions the United States has ever entered into.” U.S. President Donald Trump has made no efforts to conceal his desire to trash what has become known as one of the Obama administration’s top national security achievements.

And in September 2017, Reuters published an article titled, “Defying Trump, Iran says will boost missile capabilities.” In a broadcast on state television, Iranian President Hassan Rouhani said: ”We will increase our military power as a deterrent. We will strengthen our missile capabilities … We will not seek permission from anyone to defend our country.”

“All countries in the world supported the nuclear deal in the United Nations General Assembly this year … except the United States and the Zionist regime (Israel),” Rouhani said.

However, many argue that the JCPOA was a success, proving that diplomacy works. That while Iran has already violated the terms of the deal, it is in compliance for the most part. A year after the Iran nuclear deal was implemented, did the world feel safer?

Regardless of mass opinion,Trump on October 13, 2017, after accusing Iran of violating the “spirit” of the agreement, announced that he would not make the certification required under the Iran Nuclear Agreement Review Act. Trump called on the U.S. Congress to “address the deal’s many serious flaws so that the Iranian regime can never threaten the world with nuclear weapons.” If not, he said, “the agreement will be terminated.”

With Trump undermining the nuclear deal, what are the potentially disastrous repercussions for America? What has it done to Washington’s credibility and will it weaken critical international relationships and increase the threat from Iran, China, and Russia? Is a military strike on Iran by the U.S. imminent?

How the U.S. Military Forces Could Gain Superiority Over Iran

In an analysis published on Scout.com titled “How the U.S. Would Attack Iran,” it is believed that the single-seat, twin-engine F-22 which could be used for attacking ground targets, electronic warfare, and collecting signals intelligence, would be integral in the event of an armed conflict with Iran.

Beyond the F-22 Raptor, four other weapons are predicted to play a part in the U.S. attack on Iran – the B-2 Stealth Bomber, GBU-57A/B Massive Ordnance Penetrator, and the Amphibious Combat Vehicle. In fact, the Navy is already testing a ship that features a gun that uses “electromagnetic force to send a missile to a range of 125 miles at 7.5 times the speed of sound” in the Persian Gulf aboard the USS Ponce.

I also believe if Iran secures nuclear weapons, non-proliferation may cease to be a “meaningful policy, and then we live in a world of multiple nuclear centers. And then we’d have to ask ourselves what the world would look like if the [terrorist] bombs in Europe had been nuclear and 100,000 people had been killed. About military action, I’m not recommending it but, on the other hand, it is a grave step to tolerate a world of multiple nuclear weapons centers without restraint. I’m not recommending military action, but I’m recommending not excluding it.

WHY THE IRAN/HEZBOLLAH ALLIANCE IS MORE DANGEROUS THAN NORTH KOREA

Middle East War is an inevitable