WHY THE IRAN/HEZBOLLAH ALLIANCE IS MORE DANGEROUS THAN NORTH KOREA 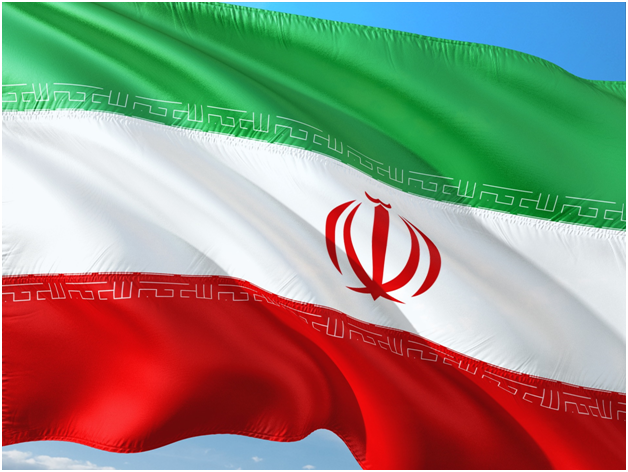 Why is Iran, despite having a less superior nuclear program compared to North Korea who has been known for unleashing threats against the U.S. and South Korea, now considered the bigger threat?

It all boils down to ambition, capabilities, and intent.

While North Korea’s recent hydrogen bomb testing and procurement of nuclear arsenal is in no way excusable, the intent is clear that they’re for defensive purposes. Any attack on North Korea’s part at this point would be suicidal. After all, they’re surrounded by South Korea and Japan, both U.S. allies.

The strategic alliance between Iran and Hezbollah, on the other hand, have proven to be a movement with far more hostile goals. Determined to establish a land-bridge to the Mediterranean, Iran’s sheer ambition alone makes North Korea’s missile testing seem like a low and manageable threat.

In fact, the question of whether North Korea is really a threat at all to the U.S. or South Korea is often asked. Frank Jannuzi, policy director of East Asian and Pacific affairs for the Senate Foreign Relations Committee from 1997 to 2012, believes that the likelihood of a sneak attack by North Korea is “infinitesimally small.”

Jannuzi says, “I think that under most circumstances, even now, when they are frankly already under economic sanctions and military pressure, North Korea will not be suicidal. North Korea will not attack the United States, knowing that it would seal its own destruction. Deterrence works.”

Iran, on the other hand, when sanctioned by the U.S. on the Islamic Republic’s ballistic missile program, Iranian President Hassan Rouhani would respond, “Iran will ask no soul’s permission to build missiles.”

“We have repeatedly declared that strengthening the defensive prowess of Iran’s Armed Forces is only aimed at defending the country and will never be used against another country.”

He would also tell reporters in Tehran, “Our missiles are for our defence and for peace, they are not offensive. Know that while there is a technical need to conduct missile tests, we will do so and we will ask the permission of no one.”

While all that is well and good and comforting to an extent, what can be said about Hezbollah’s armed strength that has grown to 20,000 active duty troops and 25,000 reservists whose military budget runs about $1b per year? The hybrid force’s strength can be measured in their numbers and quantity and quality of their missiles and rockets which they’ve used as offensive weaponry against Israel.

While the majority of Hezbollah’s rockets are short range with a 40 km range, they have thousands of medium-range and hundreds of long-range rockets. In the event of war against Israel, experts believe that Hezbollah will launch more than 1,000 rockets at the initial stage of the conflict.

And it’s worthwhile to mention that Hezbollah is not alone. Hezbollah, members of Iran’s Revolutionary Guards Corps, Shiite militia members, and Russian Special Forces have fought alongside each other. In fact, Hezbollah fighters have become familiar with Russian weaponry as they learn more about Russian technologies and methods of war.

Reminiscent of the Cold War, let’s not forget that the U.S. and Russia, once again, have their own clashing interests with relationships soured further when Trump threatened to destroy North Korea, an ally and neighbor of Russia.

So while North Korea and the U.S. continues to exchange threats to destroy each other, the world watches Hezbollah, whose alliance with Iran has guaranteed it with a steady flow of sophisticated weaponry, position themselves in what seems like an inevitable war with Israel.

Unless Iran and Hezbollah are literally totally contained or obliterated, the world will never be secure – starting with the Middle East at large.

THE POTENTIAL MILITARY CONFLICT BETWEEN THE U.S. AND IRAN

Middle East War is an inevitable